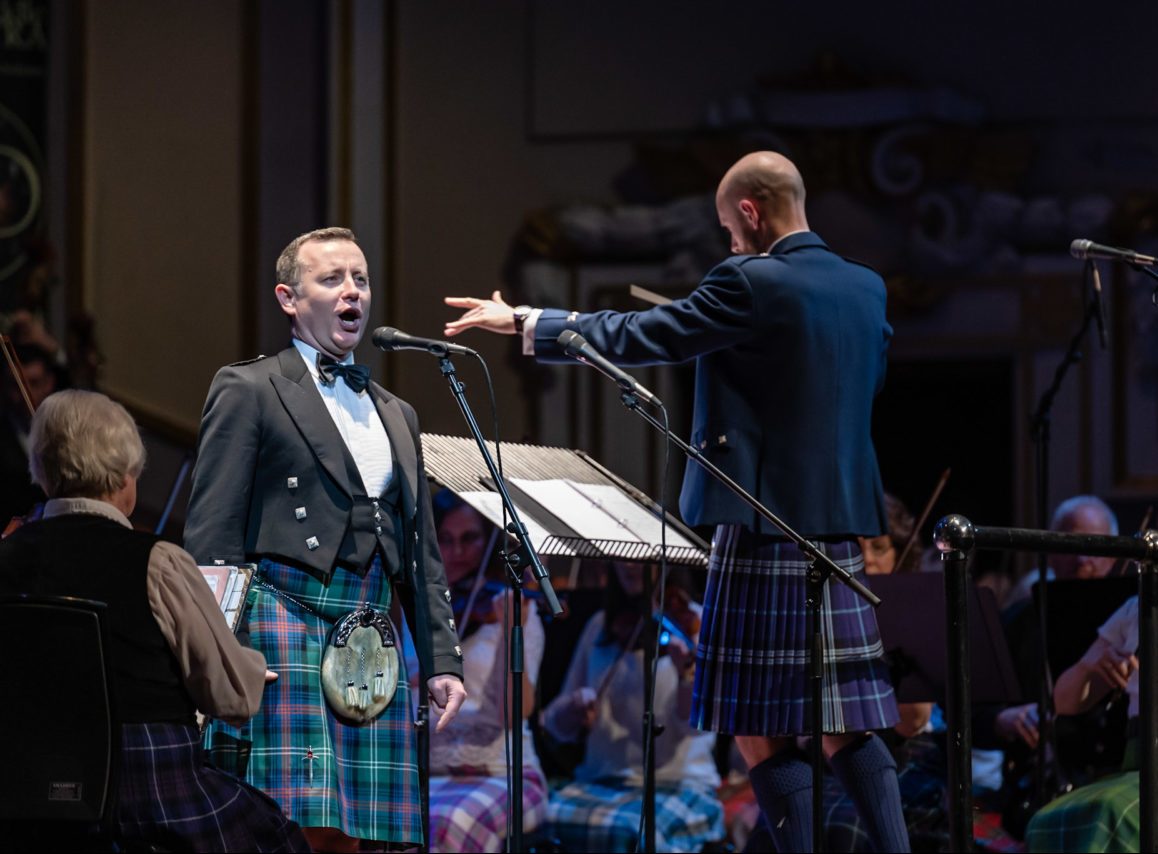 One of the Scottish Fiddle Orchestra’s annual Glasgow concerts took place at the iconic Royal Concert Hall on 15 September 2018.

A video recording of the concert has been released on DVD in September 2019.

Members of the orchestra had warmed up with an impromptu “pop-up” concert on the steps of the concert hall, before their rehearsal that afternoon.

This DVD captures some of the highlights from the SFO’s main evening concert and you can purchase a copy via this website.

You’ll find some well-known favourites alongside new compositions and arrangements.

Featuring with the orchestra are:

This DVD has all the standard ingredients you have come to expect from an SFO concert while still leaving room for a few innovations and surprises. You won’t be disappointed!

The SFO would like to express its thanks to Glasgow Royal Concert Hall for their sterling assistance at the venue and to Red Barn Studios for their expertise and patience in the production of this DVD.