A Tribute to J. Scott Skinner 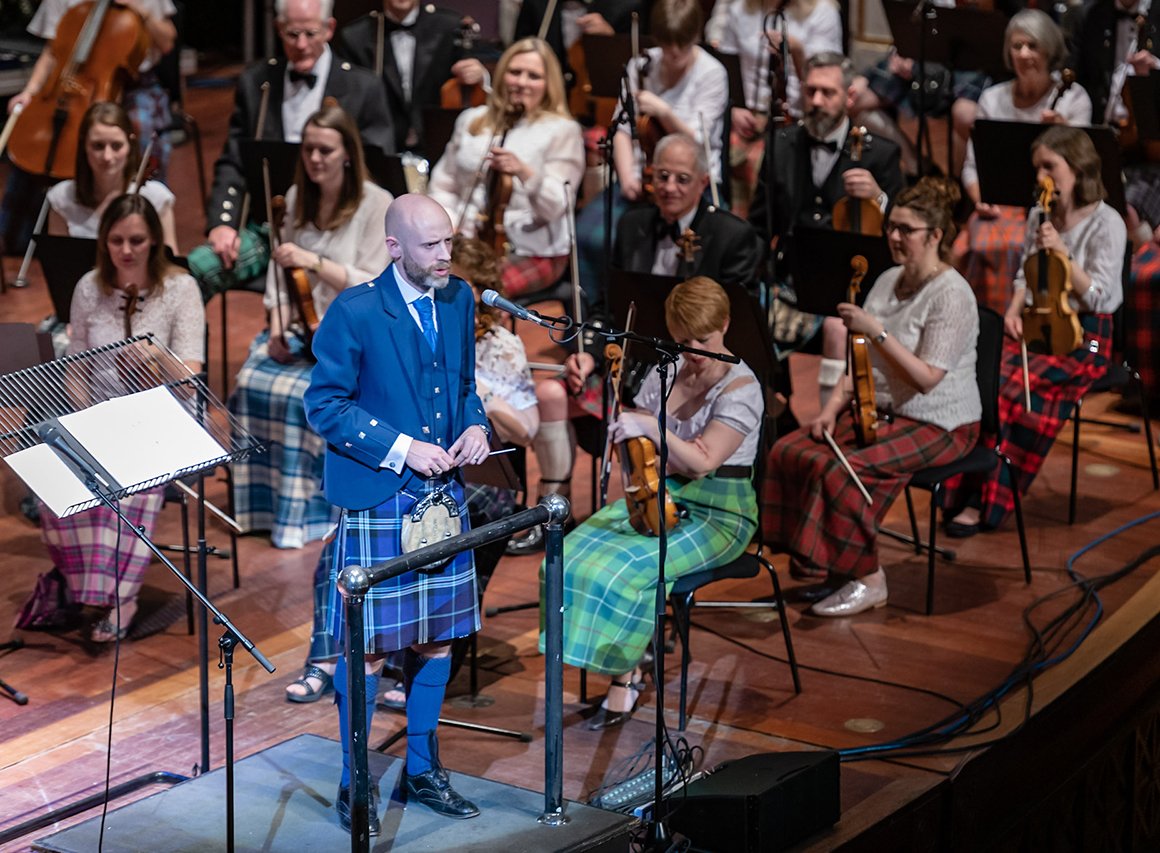 He started his young musical career playing violincello for his elder brother, Sandy, and later for the celebrated Aberdeen fiddler and teacher Peter Milne.

At a still early age, he became part of a young group – “Dr Mark’s Little Men” – in which he received a most thorough classical training during tours throughout the United Kingdom.

On his return to the north east, whilst still in his late teens, he embarked upon a career in music.

Skinner was known as a dancing master, concert performer on violin and prolific composer.

He wrote some of the most beautiful airs, marches, lively Strathspeys and exciting reels ever composed in this idiom – music which has maintained its influence and popularity since his death in 1927.

In programme notes written by the SFO’s original Musical Director, John Mason, John described the March, Strathspey and Reel set of “Compliments to Dr. MacDonald”, “The Laird o’ Drumblair” and “Davie Work” as “probably the most powerful and popular of Skinner’s tunes”.

The short video below features clips from each of the three tunes.

SFO concerts generally feature at least one March, Strathspey and Reel set. Often, it is a celebration of the music of J. Scott Skinner, who is arguably the most important composer in the history of Scottish Fiddle Music.