The Scottish Fiddle Orchestra is one of Scotland’s foremost traditional music organisations. The Orchestra was formed in 1980, deriving its origins from Fiddlers’ Rallies which were – and are – held throughout the country. After one of these Rallies, a group of enthusiasts met to consider the formation of an orchestra which would draw its members from a’ the airts and would form a cohesive, vigorously rehearsed group of musicians.

The aim was to have a group of approximately 150 keen and interested musicians who would play together consistently, provide a series of concerts in the main Scottish cities and work together to create the finest possible standard of orchestral fiddle playing without detracting from the strong traditional strains of our music.

The inaugural concert of the Scottish Fiddle Orchestra was on 20th March 1980 in the Music Hall, Aberdeen. Since that time the Orchestra has settled into a sequence of six or seven major concerts each year in: The Royal Concert Hall (Glasgow), The Usher Hall (Edinburgh), The Music Hall (Aberdeen), Perth Concert Hall DG-One, (Dumfries) and a major venue South of the Border (e.g. York Barbican; The Sage, Gateshead).

A small number of other ‘special’ concerts are also undertaken each year and the Orchestra has also toured to Ireland, Canada, China, Australia, New Zealand, Orkney and Shetland.

The members were delighted when, in December 1993, Princess Anne, The Princess Royal, agreed to be the Orchestra’s patron.

All of our concerts are given in aid of one or more charities; over the years these charities have benefited by a sum in excess of one million pounds.

We are proud to be able to contribute to such worthy causes. 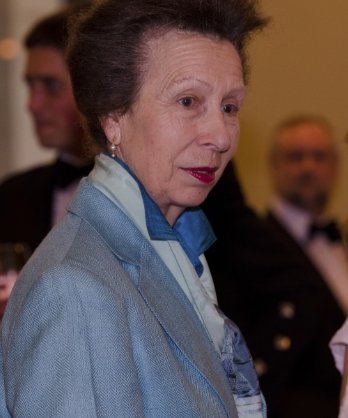 The Orchestra has enjoyed the patronage of Princess Anne, HRH The Princess Royal, since December 1993. 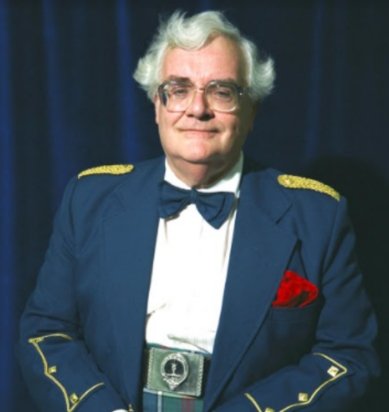 Music in general, and Scottish music in particular, had been the lifelong interests of this lawyer from Troon in Ayrshire, whose fiddling stemmed from his Orcadian roots, followed by his later upbringing in Wigtownshire.

He was the Director of Music and Principal Conductor from the first performance in 1980 right up until his death in 2011.

With few exceptions, the orchestral arrangements, both instrumental and vocal, were penned by John – over 500 items (and now beyond 600). He maintained that he could wallpaper his house with all the handwritten parts but felt it would be a bit boring.

In 1987 John’s efforts – both in music and in the raising of charity monies -through music were recognised in his being awarded the MBE by Her Majesty the Queen at Buckingham Palace: a day he never forgot.

It is generally accepted in Scottish musical circles that John was very much responsible for the “popularising” of Scottish fiddle music. During his many years of involvement in the Scottish Fiddle Orchestra he saw the change in teaching attitudes towards traditional music, from it being regarded as the “poor relation” in violin teaching, to the vibrant force “fiddle” music presently enjoys.