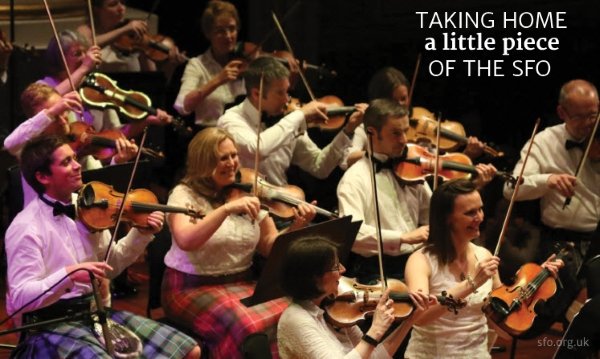 If you come to an SFO concert, you can’t miss our merchandise stall in the foyer.

You may have been in the audience at one of our live concert recordings before and, if you are coming to our Hogmanay Concert in the Usher Hall on 30 December 2018, we will be recording this concert live.

As half time approaches in the programme, you’ll get a gentle reminder from the compere that “CDs and DVDs are available”, and possibly how many shopping days there are left until Christmas.

It has also become an SFO tradition in ending a concert for Blair to see the orchestra off on a set of Swinging Reels, finishing with Caddam Woods. Beforehand, he explains that he’ll be in the foyer in a moment – to meet and greet the audience, and maybe sign a CD/DVD or two.

The SFO has been selling recordings of its music since its inception.

For example, the Edinburgh Usher Hall concert of October 1980 was recorded and issued on LP and cassette. 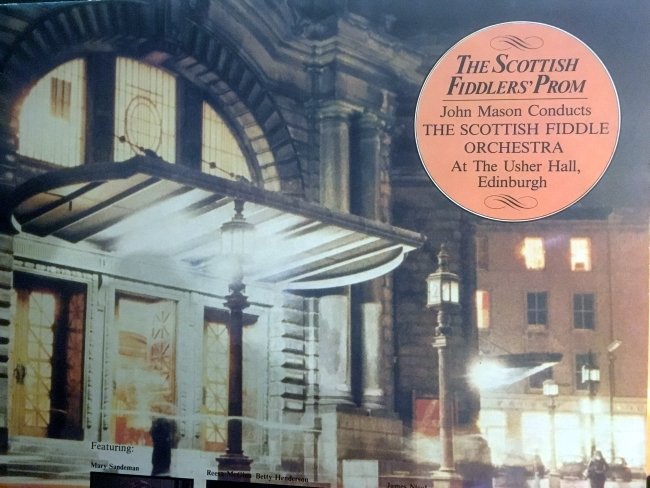 We have had a lot of help and support from REL Records over the years. As you can see from the photo of the vinyl LP, below, that 1980 record came out on the REL label and we have followed the development of musical formats over the years – with LPs and cassettes turning into CDs, and VHS (or similar) video moving on to DVD format.

REL was such an integral part of the SFO’s organisation that Neil Ross of REL was pictured in Reesa McGinn’s “Big Draw of the Decade” – a book of caricatures of SFO personnel to celebrate the first 10 years of the orchestra.

Over the years, REL have done sterling work to keep up the profile of the SFO and, since the turn of the century, several new recordings have appeared. The most recent recording on the REL label was “Spirit of the Northern Sky” from October 2013.

With the rise of the internet, the landscape for musical recordings has to some extent shifted away from the album format to downloads of individual tracks. The SFO’s REL catalogue is available from such online outlets as iTunes, Amazon and Spotify. 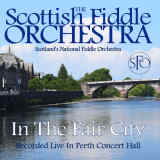 These have been produced with the help of Red Barn Studios but essentially published by the SFO itself.

We now hope to make these audio recordings available for online digital download, over the course of the next few months.

The SFO will benefit from the added control this gives us over our music.

In turn, it means that not only will the SFO’s future as a charity be safeguarded but we will be in a better position to increase the financial support we provide to other musical charities, in line with our objectives.

So, please be part of and take home a little piece of the SFO – whether you do that from one of our concerts, by mail order via this website, or by digital download.