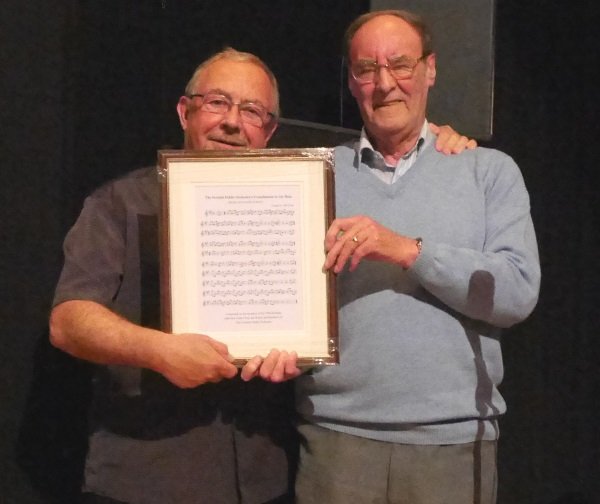 The SFO’s Bill Cook caught up with Aly Bain at Phil and Aly’s Findhorn Concert on 25 May 2016.

Bill took the opportunity at half time to present Aly with a framed copy of Bill’s tune “The SFO’s Compliments to Aly Bain”, composed for the occasion of Aly’s 70th birthday.

Referring to the SFO’s recording of the tune on YouTube / Facebook, which he had seen, Aly said he was “over the moon” that we should think about him for his birthday and that there was a tune recording the occasion.

We would like to express our thanks to Universal Hall, Findhorn, for their permission in allowing us to use their photo of Bill and Aly – and the tune.