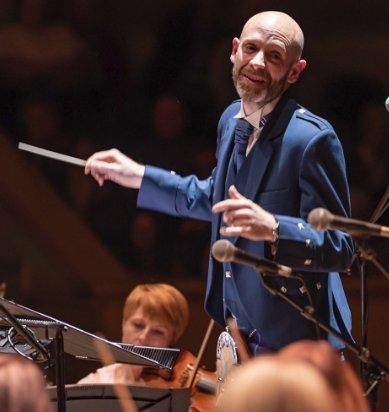 Blair’s vast experience in music performance has seen him play throughout the country and across the world.

Originally a cellist from a very young age, Blair joined The Ayrshire Fiddle Orchestra at the age of ten and his love of fiddle music was established. In 1995 he joined The Scottish Fiddle Orchestra, and since then has gone on to fill numerous roles within it.

He is honoured to be at the helm of this wonderful orchestra and relishes bringing down the baton at the beginning of every show.

Born in Edinburgh, Yla began learning the violin in Edinburgh at the age of seven, continued her studies in Blairgowrie, Perthshire and later graduated from the Royal Scottish Academy of Music and Drama. In the early 1970’s Yla began competing at all the major Fiddle Festivals in Scotland winning Championship Awards at Kirriemuir, Banchory, and Aberdeen. In 1976 she was the first ever winner of the Daily Record’s Golden Fiddle Award in Glasgow.

For almost forty years she taught violin, viola and cello for the City of Edinburgh Council. Here she founded the Lothian Schools Strathspey and Reel Society, touring Germany, Argentina and to Canada and the United States.

In 1980 Yla was a founder member of the Scottish Fiddle Orchestra and was delighted when John Mason invited her to become its principal soloist. Following Bill Cook’s death in 2019 Yla became the 3rd Leader of the SFO since its formation in 1980.

She was awarded a British Empire Medal in the 2015 Queen’s Birthday Honours list for services to Scottish Music.

Catriona is 16 and a student at McLaren High School in Callander.

She started learning bagpipes at the age of 6 and also plays smallpipes, fiddle and drums and composes her own pipe tunes.

Catriona was originally a member of the Davidsons Mains and District Pipe Band where she had her first taste of performing and competing. Following her family’s move to the Trossachs, she then joined Strathendrick Pipe Band, and later the Scottish Fire and Rescue Service Pipe Band.  Catriona now plays for Uddingston Strathclyde Pipe band.

She currently focuses her time on solo competing and performances, taking part in various solo competitions and music festivals. Her love of music spans both the pipe band and trad band scenes.

With her acceptance into the Junior Conservatoire of the Royal Conservatoire of Scotland in Glasgow, where she started studying in Autumn 2019, she is looking forward to further refining her skills and exploring new opportunities to perform traditional music. 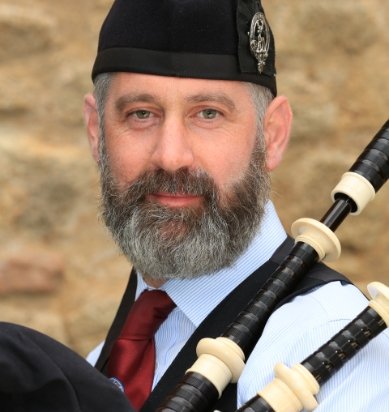 Martin first learned the bagpipes with Queensferry and District Pipe Band while still at primary school. Piping has been an important part of his life ever since.

He played with Vancouver Police Pipe Band whilst living in Canada, and Heriot-Watt University Pipe Band on returning to Edinburgh. He is now a member of Stockbridge Pipe Band and he plays regularly with them at competitions, community events and corporate functions.

As well as being a piper, Martin enjoys playing the fiddle and has been a member of the Scottish Fiddle Orchestra as a second violin since 1992.