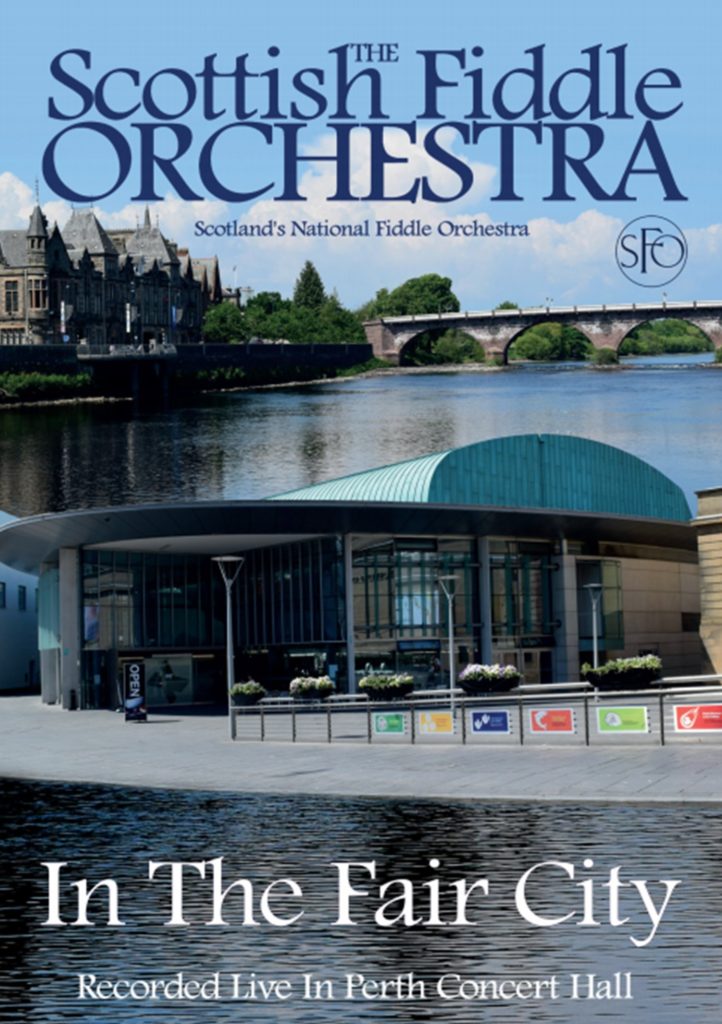 We’re very proud of our front of house team and we rely on them to keep us updated with audience and patrons/friends comments.

For some time they have been requesting new CDs and DVDs and we can now announce that their requests have been granted.

Recorded at our sell-out concert in Perth in February 2016, the latest DVD is entitled “In The Fair City” and has been produced containing a brand new programme which will surely enhance any music collection.

Effectively, we now have a DVD to offer our audience which reflects more or less each one of this year’s shows. This will of course enable enthusiasts to buy a close programme of the performance that they have attended this year, when the music is still fresh in their minds.

We are also completing a music CD, taken from the same concert but without any dialogue or extras. It was noted that there is still a demand for CDs and we are more than happy to fill that gap.

Recordings were also taken at Usher Hall, Edinburgh and the Alhambra in Dunfermline and the plan is that a selection of pieces from both these recordings will be combined into another CD.

All of this has has been set up by Bill Cook and Campbell Smith through Red Barn Studios who have proved to be a real find and these CDs will be on sale very soon.

On that note we also plan on releasing a DVD of our trip to the Waterfront in Belfast.

Under the stewardship of Jim Brodlie (who organised such a memorable trip to Nottingham earlier in the year) the Belfast concert turned out to be a real cracker. Stewart and Gill from Red Barn were with us on the bus and they recorded the orchestra, both on and off stage. So, with a bit of luck, we’ll have some truly memorable shots which we can use to make a great DVD. Nothing was too much trouble for these two and it turned out be a very successful exercise.

Watch this space for some exciting new material.

Note: This article first appeared in the SFO Newsletter of December 2016.