Singing and Dancing with the Scottish Fiddle Orchestra 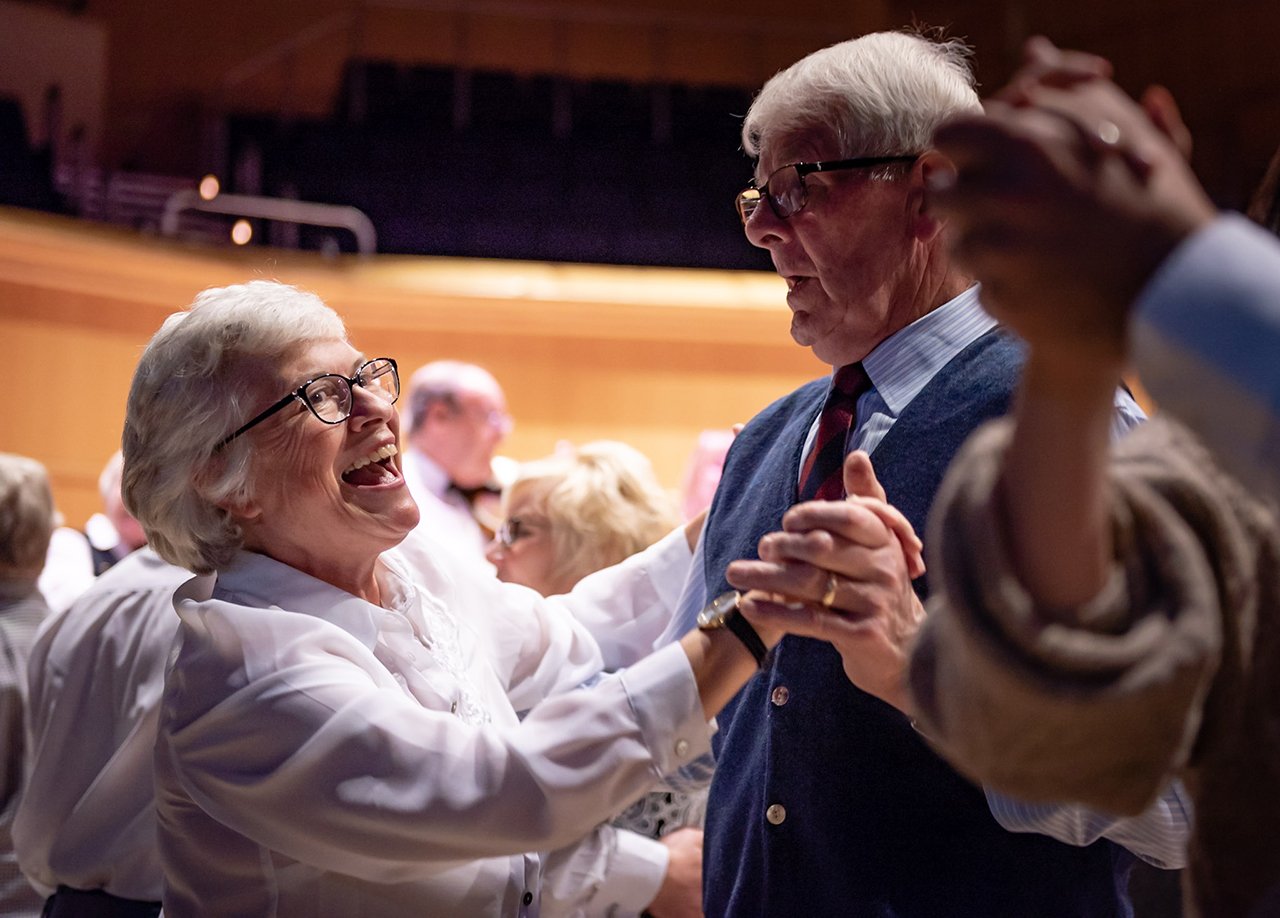 Would you be up for dancing at an SFO concert?

The short video below features “The Wild Rover”, part of a set of Sing-Along Waltzes we like to play at a regular point in our concert programme where we invite the audience (along with some members of the orchestra) to take the floor.

The other songs in this set are: My Bonnie Lies Over The Ocean; Lovely Stornoway; (Wild Rover); and Flower of Scotland.

Dancing is not allowed at all our concert venues, unfortunately, due to space and/or health and safety restrictions. However, the clip below should give you a taste of what you can expect should dancing be possible (it’s not compulsory!).

A waltz set is often combined with a faster dance such as the Gay Gordons or a Military Two-Step.

The origins of the Wild Rover are unclear.

Some say it is Irish in origin and others that it came originally from Scotland.

It seems to have been around since the 16th century.

According to Wikipedia, “it is the most widely performed Irish song”.

The best-known version of it is probably the one by The Dubliners (1964).

The song tells of a young man who has been long away from home. On returning to his local pub, the landlady initially refuses him credit but relents when he presents the gold he has acquired while he has been away. He assures the listener that his roving days are over and that he is back home in order to settle down at last.