The Gay Gordons with the Scottish Fiddle Orchestra 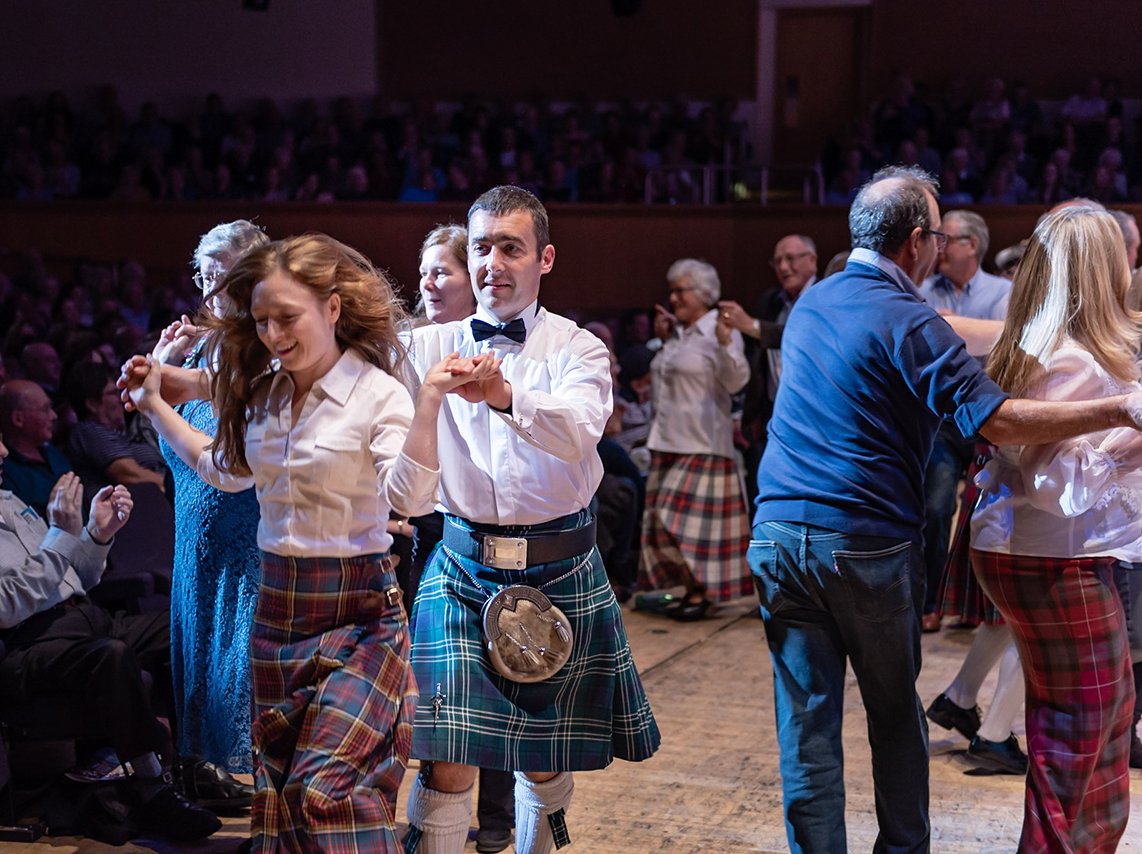 Virtually all SFO concerts begin with a tune in March tempo.

The most popular Scottish dance with march-time backing is The Gay Gordons. Ceilidhs will often begin with this dance because it’s medium-paced and a fairly gentle introduction to proceedings which will probably become a bit more frenetic as the evening wears on.

Some SFO concerts feature a ‘take the floor’ section for audience and orchestra members.

The video clip below shows dancing of The Gay Gordons, accompanied by the tune “Goodbye Dolly” from the SFO’s “Songs the Nation Sings” set.

Audience dancing to “Goodbye Dolly” from the SFO’s “Songs the Nation Sings” set (Note some empty seats in the band too!)