The SFO’s Northern Nights Tour gets under way in Elgin 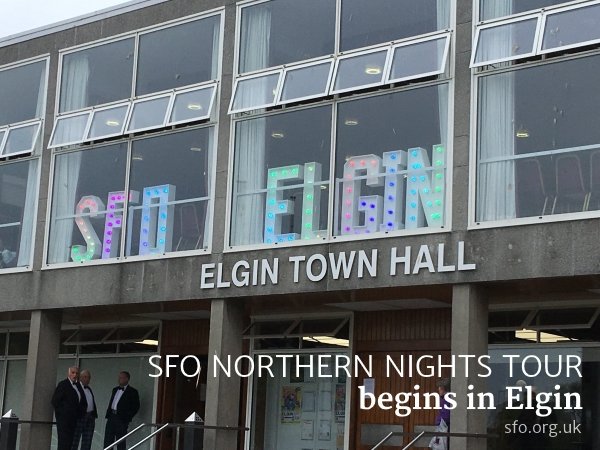 We had planned some additional “pop-up” concerts along the way and the generally fantastic weather meant we could add in even more concerts than we had originally intended.

This is the first of a series of articles detailing the different parts of the tour.

We hope these posts will give you a taste of what we got up to on our travels. And the story begins in Troon, Ayrshire…

When Robert, the Dodds of Troon bus driver, picked up his first SFO passenger in Troon at about 7:00am on Saturday, 21 July 2018, our Northern Nights Tour was under way.

The coach progressed northwards, collecting the touring party members along the way, via the A9 to Aviemore and then along Speyside to Elgin.

The travelling party consisted of about 65 people. The playing contingent was about 60. Some players could not undertake the whole tour but they took in as much of it as they could.

Our good friends and regular singers with the SFO, Colette Ruddy and Dennis Haggerty, also travelled with us on the coach. The tour party was completed by a couple of extra carloads of players and front-of-house team – and, last but not least, our Roadie, Jim Hogg, in his hired van (along with Jamie Mason).

The first concert was in Elgin Town Hall.

More about the concert, below, but first a digression into tour merchandise.

It was an exciting moment when the long-awaited Tour T-shirts were distributed before the afternoon rehearsal. The T-shirts had a design of Muckle Flugga Lighthouse on the front, together with our tour slogan (“Go with the (Scapa) Flow for a mighty Muckle Flugga!”).

For those of you who may not know, Scapa Flow is in Orkney and was the main base for the Royal Navy during the two world wars. We almost sailed through Scapa Flow on the tour.

Muckle Flugga lies to the north of the Shetland Island of Unst. It’s just about the northernmost point of the British Isles. The nearest we got to Muckle Flugga was Eshaness, in the northwest corner of mainland Shetland. So, we didn’t even get close to Muckle Flugga, though we had a mighty good time on the tour. 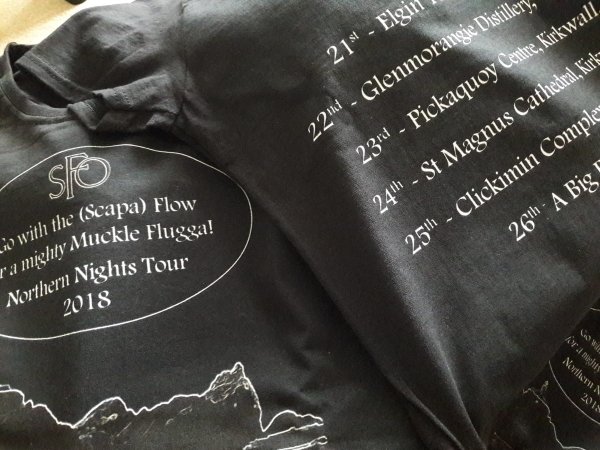 Our guests for the Elgin Concert were Elgin and District Pipe Band and Frontline and Friends (a group of young fiddlers from Moray schools).

The local charity we supported was The Oaks Palliative Day Centre, Elgin. The bucket collection (plus some further donations) raised a total of £420 for The Oaks.

You can follow our route on the map, below. 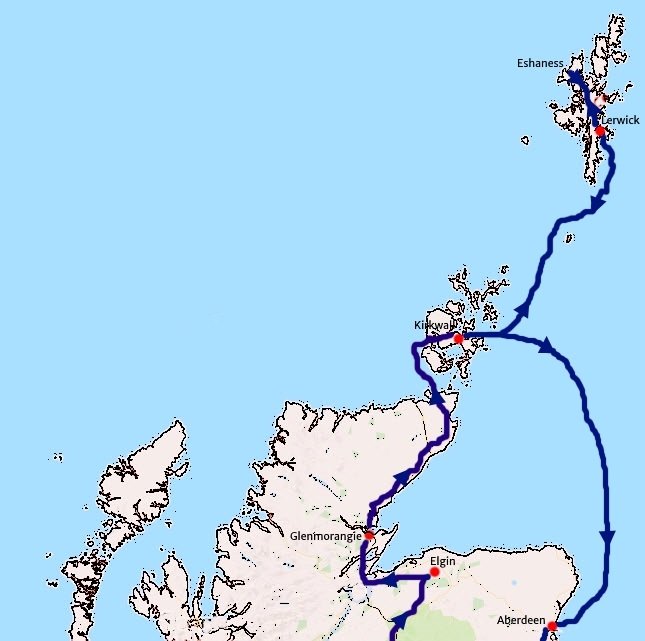