Why You Should Attend Edinburgh’s 20th Scots Fiddle Festival 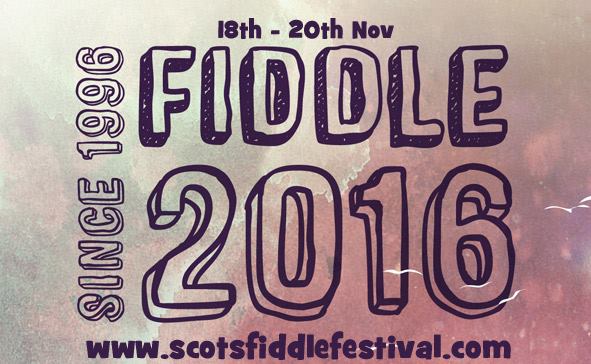 The Scots Fiddle Festival celebrates 20 years of sharing and promoting the Scottish fiddle tradition – in Edinburgh, over the weekend of 18-20 November 2016.

Since the first one in 1996, the festival has grown steadily in size and reputation.

It was crowned ‘Event of the Year’ at the BBC MG Alba Scots Trad Music Awards in 2012. This year sees more than 40 musicians presenting 50 separate events.

If you are wondering why should attend Edinburgh’s 20th Scots Fiddle Festival, here are some excellent reasons.

There is a concert each evening at the Queen’s Hall.

The daytime events happen at nearby Summerhall, where there is always a good buzz.

It’s a packed programme, with workshops, talks, recitals, stalls, music sessions and ceilidhs. So, whether you’re a player, a listener or a dancer, there is something for everyone, whatever your age or ability level.

The Queen’s Hall is a fantastic venue for acoustic music and, on Friday night, it hosts main act Duncan Chisholm, with support from young U.S. siblings, Hayley and Dylan Richardson. They play a mainly Irish repertoire on fiddle (Hayley) and guitar (Dylan).

Sunday’s concert sees Adam Sutherland topping the bill, with support from The Strathspey and Surreal Society (a project which provides an alternative take on the traditional Strathspey & Reel Society format and premiered this year as part of Celtic Connections). The ‘surreal’ group features many of the current ‘rock stars’ of Scottish fiddle music.

Adam Sutherland also launches his first book of tunes (“The Errogie Collection – Vol. 1”) on Saturday morning at the Festival (11.30am), which is a free event. Adam will play some of his compositions and sign copies of his book.

It has a unique line-up of fiddlers who will highlight some of the main ‘styles’ of fiddle playing to have graced the festival across the years. While it’s not necessarily helpful to pigeon-hole players who are each legendary exponents of fiddle-playing in general, not just of their own region, here’s a labelled list anyway (!):

The 6 fiddlers will be accompanied by percussionist, Allan MacDonald, and pianist, Mhairi Hall.

This has been running during the last 4 festivals and it gives a group of young musicians, formed from players across Scotland, an exciting opportunity to learn how to play in a group, arrange tunes for performance and record their efforts. Previous years have featured downloadable recordings, with great tunes and arrangements – and hopefully this year will repeat that format.

The SFO is proud to be one of the supporters of the festival.

Supporters of the Scots Fiddle Festival 2016

Several of our members will be involved in events over the weekend and as volunteers.

The Scots Fiddle Festival is a registered charity. It could not survive without its hard-working, dedicated and innovative management committee – and the army of volunteers who fill roles as diverse as venue coordinators, stewards, artist liaison assistants, information desk hosts, and stage management assistants.

The SFO will have a stall at Summerhall on Saturday and Sunday.

… So please drop by to say hello, have a tune, enter our yummy competition (all proceeds go to The Scots Fiddle Festival), buy a CD or DVD, sign up for our free newsletter – or some or all of these.

Tickets for the various events over the weekend are available.